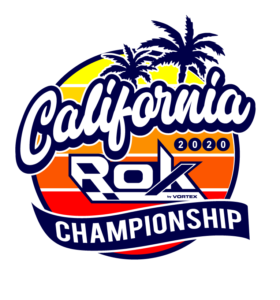 A record breaking event is set for this weekend when the California ROK Championship program opens up its 2020 season. The second year of the series begins with a trip outside the Golden State to the Phoenix Kart Racing Association on June 19-20 in Glendale, Arizona. The ROK Cup USA regional program made the move to PKRA amid the COVID-19 pandemic and the stay-at-home order still in place for California just over one month ago. With a near three month break away from the kart track or any racing, the staff and supporters of the series is welcoming a record number of entries for this weekend’s event in Phoenix.

The total number of entries as registration closed over the weekend reached 100 for the 10 categories offered on the weekend. The century-mark is a great milestone for the series with over 25 Senior 100cc entries as well as 25 total shifter drivers set to do battle at PKRA.

“This is an unprecedented time for all of us, including the karting industry,” stated California ROK Championship promoter Andy Seesemann. “I can not thank everyone who has signed up or supported our program enough for the amazing start to the season we will have in Phoenix. With just 27 entries at Buttonwillow in the first ever CRC event just a year ago, to hit 100 for the opening race in year two is a great accomplishment.”

Seesemann continued, “It’s great to have our usual sponsors and teams represented, Ruthless, GFC, SwedeTech, Forward Direction Motorsports, Ron White Racing, VemmeKart and RPM/Apollo, as well Formula Works, Leading Edge Motorsports, Christian Bird Motorsports and JH Motorsports.  We would also like to welcome J3 Competition, Rolison Performance Group, Nash Motorsports and many PKRA local racers to the party. Having so many teams and drivers that trust us and our program is elevating ROK racing on the West Coast!”

The California ROK Championship is a four-race series with the best 3 results counting. The future dates for the 2020 program are set as they were announced several months ago. The locations for a few of the events may change due to each track’s operating rules with respect to the COVID-19 guidelines.

The July event is scheduled in conjunction with ROK Sonoma at the Sonoma Raceway will hopefully remain unchanged. The Sonoma, California facility returned to semi-operation last week and there is still a chance that the July 18-19 will go as planned. If not, the California ROK Championship has secured the Santa Maria Kart Track as a backup location for the same weekend. SMKT is currently operational and thus is a viable alternative.

Round Three location has been confirmed for the CalSpeed Karting facility. The Fontana, California circuit opened up for the first time this past weekend since March and is primed to begin hosting events in July. It provided plenty of time for the facility to prepare with the proper COVID-19 guidelines for the August 15-16 weekend.

The series finale, originally scheduled in conjunction with ROK Sonoma, will go as planned on September 12-13. That weekend is the pre-cursor to the ROK Fest West event, which will welcome racers from all across the west coast and beyond.

“We know that as the United States and the world re-opens, there will be some conflicts,” added Seesemann. “Another program did schedule an additional race on top of our August date. That is beyond our control.  We know that there will be many racers hesitant to travel all the way across the country. However, we are happy to provide a quality event for those who choose to remain close to home in 2020. Things have obviously been changing every week due to the current situation, but we have been in close contact with several of our partner tracks to be able to put tougher a great schedule for 2020.”

Championship prizes for 2020 with the CRC includes tickets – including entry, tires and fuel – for all class champions to ROK the RIO in November 2020 at the Rio All-Suite Hotel & Casino in Las Vegas. Vice-champion in each of the categories receives a paid entry (must pay for tires and fuel) to the ROK the RIO. Third-place in the standings for all categories is awarded a new set of Bridgestone YLR tires along with other items.

For complete information regarding the California ROK Championship, visit challengekarting.com. More information, videos and photos can also be found on the Facebook and Instagram page.