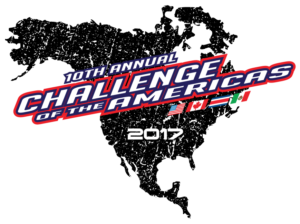 ORANGE, CA (November 23, 2016) – The national karting scene has come to a close for the 2016 race period and like the flip of a switch, drivers, teams and industry members have turned their attention to the upcoming season. Along the western half of the United States for the last nine years, the racing season begins in January with the Challenge of the Americas. The premier winter karting series is set to host its 10th season of competition, welcoming the best drivers from the United States, Canada and around the world over a great decade of racing. The 2017 program is ready for another three weekend, six-round championship program from January until the beginning of April.

The Challenge of the Americas schedule for 2017 was released in August, however, the series finale date has been forced to be changed. The Simraceway Performance Karting Center in Sonoma, California needed the original date for the COTA event for a charity karting event. To avoid any conflicts with other racing programs in the west portion of North America, the event was moved to the April 7-9 weekend. The first two events of the 2017 program remain as scheduled – the Musselman Honda Circuit in Tucson, Arizona for January and the Phoenix Kart Racing Association in February.

“We have reached a different era for the Challenge of the Americas,” stated series owner Andy Seesemann. “I am really excited to be entering our second decade of hosting a world-renowned international series right here in the United States. Each year we strive to provide the most competitive series thanks to the many great racers and teams who have supported us year after year, and teamed with our phenomenal staff we provide one of the best international race experiences you can find. I am thankful to the Simraceway for working with us to keep that amazing facility and race track on our schedule for the 2017 program.”

Technical changes have been made for 2017 at the Challenge. Among the biggest is the tire selection for each category. The MOJO tire will remain at the Challenge for the Micro, Mini and Junior Max divisions, with all three utilizing the D2 compound. For Senior Max, Masters Max and Shifterkart divisions, the new MaxOne Purple by Vega (MS-S) tire has been selected for the 2017 Challenge of the Americas. The compound is designated for those four categories, aligning itself with the MAXSpeed Entertainment program for the 2017 season. Another change that aligns the Challenge with Rotax competition for the 2017 season is the chassis size for the Mini Max division. For the upcoming Challenge of the Americas, the Mini Max division is going back to the 950mm wheelbase chassis, going away from the 1010mm platform. Across the globe, the age minimum for the Junior Rotax division has been lowered. CIK-FIA, Rotax Max Challenge Grand Finals, and the United States Rotax Max Challenge are all dropping the Junior division age minimum to 12-year-old with the maximum remaining at 16-year-old. The Challenge of the Americas is adapting the adjustment for the 2017 program.

“Change is something we have limited with the Challenge of the years,” continued Seesemann. “As our national Rotax program moves toward the future, so must our program. While I believe that the 1010mm wheelbase chassis made sense, the racers did not embrace it in big numbers. Hopefully this move will help build the Mini Max class back to where it once was.”

At the 2016 Rotax Max Challenge Grand Finals, the new Junior cylinders and engines made its competition debut and – beginning January 1, 2017 – Challenge of the Americas will allow the new cylinders and engines. Seesemann added, “The 2017 cylinder is going to be such a game changer in the Junior classes, we have to allow it right away. The new manufacturing techniques have brought an unmatched level of parity to the engines, which will help Rotax rebound from its 18-month slump. MAXSpeed Group has introduced a program for the cylinders that will allow any registered Micro Max, Mini Max or Junior Max drivers to purchase a 2017 cylinder and ECU for a deeply discounted price.”

New for the 2017 Challenge of the Americas is a Briggs & Stratton 206 category. This grassroots engine package – made in the USA – continues to grow across North America and expanding globally. Each weekend, the Briggs 206 class will be its own event with money and prizes on the line toward one podium. The format will be a ‘championship weekend’ style, hosting three heat races and one main event over the course of Saturday and Sunday to crown one event winner. The class will utilize the MaxOne Green by Vega (MS-H) compound. Competitors must use tires purchased from the series, however, new tires do not have to be purchased each weekend. If a competitor wants to run the same set all three weekends, they may. The class will be a non-championship class.

“I am really looking forward to this class in 2017. It will be a great chance for local and regional racers in the rising Briggs & Stratton community to experience an international-level event with the same kart and engine they race at their track. There is a growing segment of Briggs racers in Southern California, with a huge gathering in western Canada, the Pacific northwest and northern California in addition to Texas. Adding the class gives them an opportunity to travel to one, or even all, of the tracks we compete at, while also giving those local racers in Tucson, Phoenix and Sonoma the opportunity to race with us at their home circuit. I wouldn’t be surprised to see some of the talented mechanic and driver coaches we see regularly at the Challenge racing in a Briggs 206 event this winter.”

Those unable to attend the Challenge of the Americas 2017 program will be able to listen in every weekend thanks to eKartingNews.com, providing live audio at each of the three events in addition to their unparalleled race coverage.