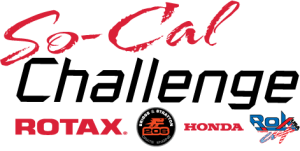 Thank you everyone for participating with us at the SoCal Challenge this year.

As you well know, karting had many challenges in 2015 and I am quite relieved that the year is coming to a close.  It started off with California’s largest club and its landlord having a huge disagreement, ended with one promoter scheduling on top of others’  dates, and had several other pitfalls along the way.  As we all know, the Rotax EVO rollout was less than perfect and the political fighting between a few different groups has left a bad taste in the mouths of many.

Thank God its Friday.   (or December).

The good news is that a new year starts up in 4 weeks and the slate is wiped clean.  Therefore, that is what I have to do with the SoCal Challenge, as I am unable to find a suitable date for the October makeup.   So, at this point, the SoCal Challenge schedule is officially finished.  Points will sit as they are, with no drops, so how you see the standings here:   http://www.mylaps.com/en/championships/5308  is how the series will end for 2015.

Based on numbers, championship trophies will be awarded in MicroMax, Senior Max and Masters.  While we appreciate your participation in the other classes, there were simply not enough entries to justify a “championship”.  Those podium winners will be contacted and sent their trophies.

In addition, every racer that participated in at least 3 of our events will be sent a series gift.

Unfortunately, as you can certainly recall from the entry totals, there isn’t a budget for any large year end prizes.

The good news is that 2016 is right around the corner and there are several exciting developments in store for the future.

It looks as though Rotax has sorted through the EVO wiring harness issues with their new harness.  As you well know, more than 90% of the EVO issues were related to the harness.  I was at the World Finals in Portugal last month and heard of zero harness issues at that event, where the new harness was utilized.  Rotax will be coming out with a program to distribute these new harnesses to existing customers in early 2016.  I have been assured that I will receive enough harnesses to hand out one to each and every Challenge of the Americas racer at the first race in Tucson.

That is where all of my energy is focussed at this point.  I am working around the clock to prepare for the ninth installment of the Challenge of the Americas.

I had to backtrack a bit and change a date when another entity scheduled on top of two of our previously announced dates, but I should have expected it from this group.  I was able to adjust one of the dates, but the other stayed the same.  The schedule for the 2016 Challenge of the Americas is as follows:

Last month I announced that we are adding two shifter classes to the Challenge of the Americas (CotA) for 2016.  There has been a lot of excitement regarding this announcement, as there are many racers that have been looking for an additional or alternative place to race.  I am certain that when they attend one of our events, they will be happily surprised at how well they are run and how well they are treated.  Sr. Shifter and Masters Shifter will utilize US Open Honda rules and utilize the very popular MG FZ “yellow” tire.

Please go to www.rotaxchallenge.com for information and registration to the 2016 Rotax Challenge of the Americas.  The registration will open soon!

West Coast Rotax racers have a lot of Rotax events to choose from next year.  There are 6 high level Rotax races that will be held within 10 hours of Southern California.  In addition to the Challenge of the Americas, the US Open Summer race at Miller Motorsports Park in Utah and the US Open finale at the Rio in Las Vegas, the 2016 US Rotax Nationals will be held at Simraceway in Sonoma, so it is exciting for Rotax on the West Coast in 2016!

I will begin work on the 2016 SoCal Challenge schedule once the other local schedules become finalized.  Unfortunately, LAKC and CalSpeed have not released their schedule yet, so the other local clubs and organizations are in a “holding pattern” right now.  Once that schedule is put to paper along with the other bigger local events, I can start filling in the blanks with a few SoCal Challenge dates.

Thank you again for your participation this year and I look forward to seeing you all in 2016.