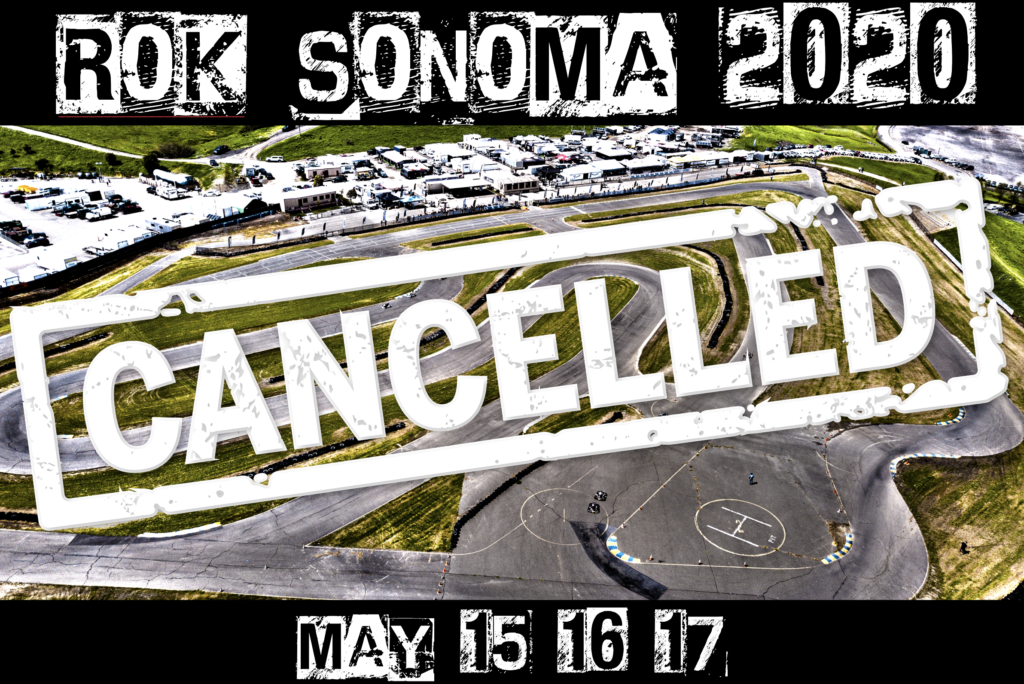 The following is a statement from Andy Seesemann from Challenge of the Americas regarding their series finale for the 2020 season.

It should come as no surprise that the Challenge of the Americas finale at Sonoma Raceway, originally scheduled for the end of March and rescheduled for May 15-17, is now cancelled. As I announced back in March, this would be the only date change for the series, and if we had to postpone again, the series would officially end for 2020.

It was an extremely disappointing outcome, as the Challenge of the Americas has huge momentum. We had just had a series record in February, with another record likely to be set at our Sonoma finale. While some other California clubs and series opened with kart counts that were a fraction of what they were just a couple of years ago, COTA was breaking records. That is a great sign for the future of ROK racing in the West.

California has been one of the most aggressive states with their restrictions and Sonoma County is attempting to be even stricter. They have stated that the county may keep tighter controls in place, if and when the State of California loosens theirs.

I explored the option of moving the race to one of our neighboring states, but it will not be possible to have an event the size and magnitude of the Challenge of the Americas with the rules that are in place.

The Government has created a roadmap regarding how we are going to attempt to return to some sort of normalcy, and that roadmap includes 3 phases. A COTA event would require us to be in Phase 3, based on the size and other factors. Looking at that roadmap, each phase takes at least 2 weeks. At this time, no neighboring states have declared themselves to be in Phase 1. This means that we are a minimum of 4+ weeks away from holding an event. This timeline tells me that we have to forget about Spring season and look towards the Summer schedule for returning to the track.

As previously stated, all COTA champions will be crowned based on the four earned results. As our rules state, we count the best 5 results. With only 4 results recorded, there will be no drop toward the final standings of the 2020 season. Next week, we will do a series wrap up, highlight our series championship podium finishers and what each of them earned for their efforts.

Our attention now turns towards the California ROK Championship, other west coast ROK events and the 2021 season. Last week, I announced the 2021 Challenge of the Americas dates so everyone can start creating their calendars and have something to look forward to. Hopefully, we will be able to resume racing after June 1 and we can go back to doing what we love. I know that once the gates are open again, the schedule will get extremely crowded. I have already contacted other groups, clubs and series to attempt to combine events in 2020 to minimize those conflicts where we can.  Over the next month or so, we should have a better idea of what 2020 will be able to handle.

Thank you to everyone for making the 2020 season a record-breaking season for the two months we were able to race, and I hope everyone continues to stay safe and healthy during these unprecedented times.