ORANGE, CA (March 13, 2014) – The new So-Cal Rotax Challenge kicked off their inaugural season with the opening round contested on March 9 at the CalSpeed Karting Center located just outside the Auto Club Speedway in Fontana, California. Sunny skies greeted the 50 drivers making history as the new United States Rotax Max Challenge program began a new era in Southern California. The action was exciting in each category that took to the 3/4-mile course first of eight championship rounds, along with racers earning their first ‘punch’ toward qualifying to race at the 2014 United States Rotax Grand Nationals at Miller Motorsports Park in July.

The format for opening round of the So-Cal Rotax Challenge featured a throwback to club racing, as all classes were set by a ‘pea pick’ for position to open up the first heat race. The grid for heat two saw the field inverted, with points deciding the lineup for each main event. Series promoter Andy Seesemann will keep the racers on their toes, mixing up each event format in the future. Racers took to the ‘Grande’ circuit of the CalSpeed facility, going in the counter-clockwise direction. Scoring the first-ever So-Cal victories were seven drivers beginning their chase off right toward becoming the inaugural series champions. 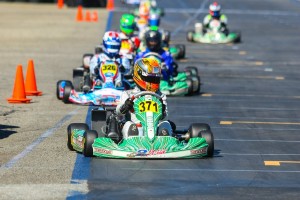 Jake Craig dominated the opening round of the Tru Tech Senior Max class. Craig started near the front of heat one, which allowed him to take over the top spot by the completion of lap one. He started at the back of the pack to begin heat two, charging to the front end of the field and assuming the lead by lap five of the 10-lap race. Craig scored the win seven tenths of a second ahead of Nathan Seegrist, earning the pole position for the Final. Craig went wire-to-wire, leading all 20 laps and driving to over a five-second victory ahead of Carlee Taylor, who came up from sixth on the grid. Seegrist completed the Senior podium with Eric Molinatti and Alejandro Fernandez rounding out the top-five. 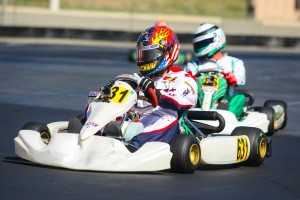 A solid 14 drivers, matching the count of the Senior field, filled the grid for the PSL SoCal Masters Max race in Fontana, with the complexion of the race coming down to everyone chasing just two. John Crow and Erik Jackson battled clean but competitive all day, trading wins with Crow eventually coming out on top with the first main event victory of the season. Both Crow and Jackson started heat one at the front of the grid, with Crow leading all 10 laps as Jackson finished right behind Crow’s rear bumper. Crow and Jackson started the second heat at the back of the field, with Jackson making quick work of the karts ahead of him to take the top spot by lap five and score the win. Crow made his way through his competition as well, but could only get to third before he ran out of laps. Crow set the tone early in the Final, securing the lead with Jackson in tow. Jackson assumed the lead for a few laps, before Crow retook the position and began pulling away. The 2012 Team USA driver checked out to a two-second victory ahead of Jackson. Chris Karlen crossed the line third, but was removed in tech for a float arm height issue. That put Larry Hayashigawa into third over Peter Mokran and Michael Boyer. 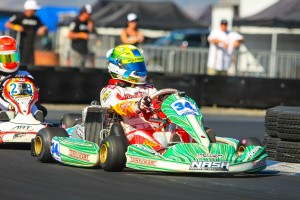 It was a dominating day for Christian Brooks in Junior Max, scoring the top position every session

Christian Brooks has been winning many races thus far into the 2014 season, both at the regional and national level. The California racer took his winning ways to CalSpeed last weekend as he swept the day’s action in the Nash Motorsportz Junior Max class. Brooks led each lap of the first heat race, taking the win by nearly a full second ahead of Phillippe Denes. The second heat race threatened Brooks’ perfect run on the day as he spent nearly the entire race chasing Denes. Brooks took the lead away from Denes on lap seven before driving to the win and the pole position for the main event. Denes hung tough with Brooks the first half of the feature race before taking the lead on lap 11. Brooks would reclaim the lead with five to go, scoring the first win ahead of Denes and NorCal driver Horatio Fitz-Simon. Capping off the top-five were Jonathan Shone and Arie Zimmermann. 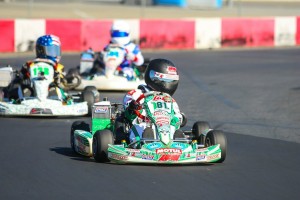 Myles Farhan edged out the competition in Min Max

The Ryan Perry Motorsports Mini Max feature race was won by Myles Farhan, who strapped on a rental Rotax engine Saturday night to earn the inaugural So-Cal Rotax Challenge victory. Farhan won the opening heat race, with the second moto decided by a few inches. Dante Yu finished just a tenth of a second ahead of Trey Brown with Farhan in third. Yu led the opening laps of the feature race but by lap five, Farhan took the lead. From there, he drove away to the main event victory ahead of Brown and Yu. 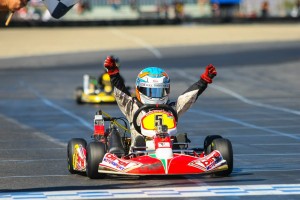 Cole Keith Cotham secured the victory in the 2 Wild KartingMicro Max category. Dominic Gorden and Cotham paced the field in the opening heat race with Cotham crossing the finish line first. Cotham however was removed from the results for a post-race disqualification handing the win to Gorden. Cotham rebounded very well as he led every lap of the heat two en route to the win. Gorden looked strong as he led the opening three laps of the main event before giving way to Cotham on lap four. Cotham then checked out on the field and drove to a whopping 19-second win over Gorden. Cameron Easton was removed for a carburetor issue in tech, which promoted Ethan Ho to the podium, ahead of Jalen Mac and Tyson Quach. 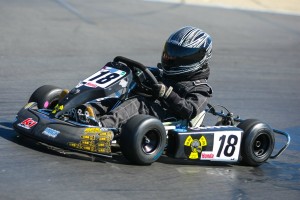 The youngest racers competing at the opening weekend of the So-Cal Rotax Challenge contested the local option Mack Motorsports Honda Kid Kart division. Cooper Hicks began the day by scoring the first heat race win, beating Nick Curry by over thirty seconds. The second heat race featured Hicks coming from the back of the pack with Curry pulling away from the field. When the checkers flew on the race, it was Curry clearing the finish line two seconds ahead of Hicks. The feature race however belonged to Hicks, as he took the lead on the opening circuit and drove to a 21-second victory. Curry ended up second, with Ian Dodge joining them on the podium. Delaney Adamo and Skyler Geczi rounded out the top-five. Erik Jackson was the lone competitor in the K1 Race Gear DD2 Masters category, sweeping the first round action.

The new series returns to action following a two-month break, scheduled for another day of exciting and family-fun racing at CalSpeed Karting Center on May 10 to complete round two. For all information regarding the So-Cal Rotax Challenge, be sure to bookmark the RotaxChallenge.com website.