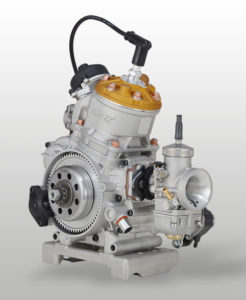 ORANGE, CA (December 13, 2017) – The 2018 season is just around the corner and the new era for the Challenge of the Americas will begin in six weeks. The series will make the move to the ROK by Vortex engine platform and Bridgestone tire line when the popular winter program fires up once again on the final weekend in January. Over the last nine months, Rok Cup Promotions and Challenge promoter Andy Seesemann have helped to put over 600 Rok engines into the hands of the racers throughout North America, which will provide a strong foundation for the program moving into the future. Solid local programs and support for the Rok engine in Northern California, Southern California and the Rocky Mountain region have set the groundwork for a bright future. Entries for the 2018 have been coming in steadily since registration was opened on December 4, and there is now another reason for racers to be part of the Challenge in 2018.

The Challenge of the Americas has received numerous inquiries into the new engine platform for the 2018 season by competitors and race teams. In response to this tremendous interest, the Challenge is launching an extreme affordable Vortex engine rental program for the series. Below are the prices for the three different types of Vortex Rok engines available for rental:

“The Vortex Rok package is something new for many of the racers and teams here in the western half of North America,” stated Challenge of the Americas owner Andy Seesemann. “We, along with the Rok Cup Promotions, have done an amazing job putting engines in the hands of racers over the last six months. With a month before our series begins in Phoenix and no racing going on, we have the ability to get people excited about racing again. The Challenge is the first major program to kick off the season here in the western half of the country, and this engine rental program is an exciting and economical way for racers to come compete against some of the best drivers at three of the best tracks.”

Challenge of the Americas hosted a ‘Let’s Rok’ Test Drive on December 9-10 at the CalSpeed Karting Center in Fontana, California and the turnout was fantastic. A large and motivated group of drivers took the opportunity sample the three engine packages available from Vortex for the Rok Cup program, with support from Full Throttle Karting. Among those in attendance were series regulars, as well as those new to the Challenge, all gauging their interest in the Vortex Rok product line. The Rok Shifter gained a lot of attention from many regular SoCal shifterkart drivers. The Rok GP logged the most laps throughout the weekend, while the Mini Rok was also made available to Cadet drivers in attendance.

Cadet driver Patrick Molnar was the first entrant for the 2018 Challenge season, making laps in his Mini Rok entry. Series regular and national karting champion Derek Wang was among those sampling the Rok engine line-up. A special guest hit the track as well, as former Formula One world champion Jenson Button was at CalSpeed to make laps around the popular circuit.

In addition to the Rok engine package, the Briggs & Stratton Senior and Junior classes are returning to the Challenge for 2018 after an entertaining debut last year. The classes were a success during all three weekends of the program, and with it being a non-championship category, the 2018 winter serries is the perfect opportunity for grassroots racers to come and experience international racing and the fun, safe and exciting atmosphere that is the Challenge of the Americas.

The 2018 Challenge of the Americas gets underway on January 26-28 at the Phoenix Kart Racing Association (PKRA) in Glendale, Arizona. The program makes its return to SoCal this year, heading back to the CalSpeed Karting Center in Fontana on February 23-25. Championships will be decided on April 13-15 at the Simraceway Performance Karting Center in Sonoma, California.

Complete information for the 2018 Challenge of the Americas is published at the NEW URL – challengekarting.com. More information and new regarding the 2018 season can also be found on the Facebook page.