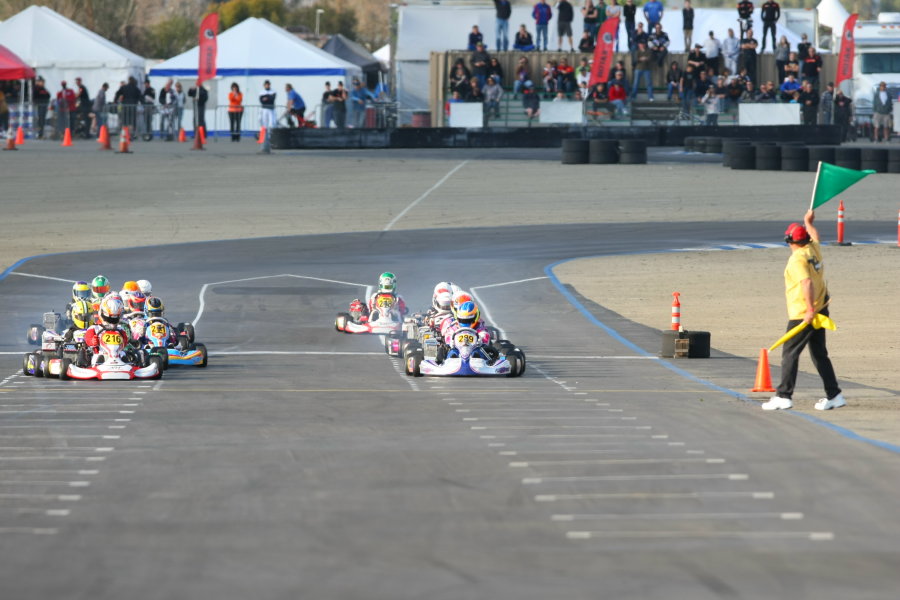 A new era will begin in the Southern California region as the new So-Cal Rotax Challenge program gets underway on March 9. The CalSpeedKartingCenter is the site of this new United States Rotax Max Challenge program, located just outside the Auto Club Speedway in Fontana, California. Registration has opened for the first round online at the RotaxChallenge.com website.

This new program will be the official USRMC series, where racers can earn their official ‘punches’ toward competing at the 2014 United States Rotax Grand Nationals – set for July 17-20 at the Miller Motorsports Park in Tooele, Utah. Series promoter Andy Seesemann is one of the founding members of a previous USRMC program for Southern California – the Gatorz Karting Cup. The series helped to groom many of the top Rotaxians today, and after stepping away for a few years, the longtime Rotax supporter is ready to help bolster the brand once again in So-Cal.

“With the absence of a USRMC in the area, I worked with area racers, shops and the MAXSpeed Group to see the interest in starting up a new series,” commented Seesemann. “The feedback was positive, so we moved forward, and now we are just a week away from our first event. I encourage anyone that has not competed with us before to come to CalSpeed and see what we have to offer. We want to make it easy for competitors to come and race, while also earning a chance to compete at the US Rotax Grand Nationals this July.”

The inaugural season of the So-Cal Rotax Challenge is already gaining the support of regional kart shops, race teams and industry businesses. TruTech Racing Engines, Nash Motorsportz, Ryan Perry Motorsports, 2 Wild Karting, PSL SoCal, and Full Throttle Karting have signed on as initial sponsors for 2014. Each will support current and new customers in the seven US Rotax Max Challenge categories to be contested, along local option classes KPV1 and Honda Kid Kart. All Rotax divisions will follow USRMC/Challenge of the Americas rule structure, including the utilization of only US Rotax engines and specified Mojo tires. All rules are posted at RotaxChallenge.com. Both local option classes are to compete under the International Kart Federation structure, with Vega SL3, Vega FH or the Bridgestone YLC tires allowed.

“To help introduce the Rotax Max Challenge to the younger racers, we are welcoming all Honda Kid Kart and KPV1 drivers to compete with the So-Cal Rotax Challenge,” added Seesemann. “It provides the opportunity for our race teams to expand their rosters on the weekend, and in return these young racers get to see top-level Rotax racing in their area along with a chance to compete at the same time. We’ve opened up the tire rule to allow the most common tire choices for those categories in the area, rather than introducing a new spec tire.”

The operations are to be conducted by familiar faces competitors see at the Rotax Challenge of the Americas program. Taylor Jocelyn is the Race Director, with Marc Miscione the Tech Director, Shelby Jocelyn the Scoring Director and Bob Phillips as the Assistant Race Director/Starter.

Pre-entry deadline is set for March 5, available at RotaxChallenge.com. Entry includes pit spot, with no separate pit spot fee. For the first two events on the calendar (March 9 and May 10), competitors will be allowed to bring their own fuel and tires. If any competitor wishes to purchase them with the series, they may do so through the race entry. All sponsors will be placed on the pit map, as the remaining positions are ‘first come, first served’ basis. March 8 will be move-in day, with CalSpeed offering an open practice during the day. All Rotax competitors must be a USRMC member, with memberships available at the track.

For all information regarding the So-Cal Rotax Challenge, be sure to bookmark theRotaxChallenge.com website.